The holidays are here whether you’re ready or not.  The Budweiser Clydesdales are popular this time of year and their commercials are super cute and clever, but I have something that will pull at your heartstrings even more.

Last month around this time, a local resident surrendered two dogs, saying he could no longer care for them. This happens daily at SPCA. The owner explained that they were both backyard dogs, left outdoors 24/7 in fact, and he noted one was highly unsocial. During our intake evaluation, we found this dog to be shy, but friendly. Once staff spent more time with her, a wiggly, playful dog emerged; one we knew we could safely rehome. What we didn’t know at the time was the right match was just around the corner.

On a sleepy, drizzly Monday two weeks ago, a man visited the SPCA. He spent a good amount of time with this same dog, quietly sitting together in one of our adoption rooms. We told him not to rush, we’d even stay late for him. He decided to adopt, and was especially grateful for our Pets for Vets program. We waive adoption fees for active or retired military. 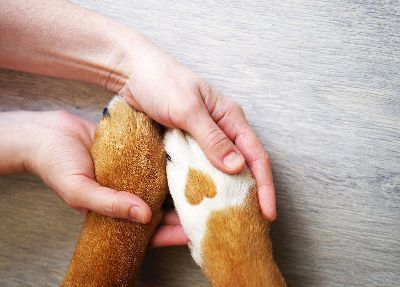 We encourage all adopters to keep in touch; we want to know how our animals are doing in their new homes. It’s one thing to know our adoptions “stick” and that more than 90% of animals adopted from the SPCA aren’t returned (compare that to our state’s divorce rate!). It’s another to receive a message like this, written by our adopter about his new girl:

Because of her, a life has been changed forever. Because of him, so has hers! 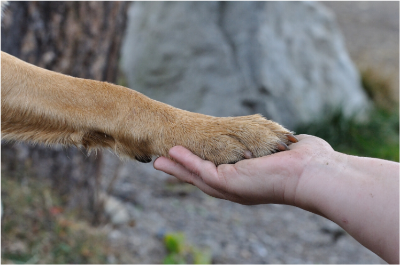