I like playing matchmaker and I have a special touch and soft spot for women in their 80s.  I’m not so great matching people, but pretty good with pets.

Back in July, my friend Debbie gave me the sad news that her 85-year-old mom, Joan, lost Buster, the older Cocker Spaniel I helped her adopt when I worked in the Bay Area. Buster, named for Buster Posey (her mom is a rabid Giants fan, or “Gamer Babe” as the Giants’ colorful broadcasters call them), provided Joan great companionship for several years but, sadly, his life was cut short by cancer.

Joan took a few months off, then felt ready to open her home and heart to another dog.  And, she has a thing for Cockers. She didn’t want a pup, but also didn’t want an older dog she might soon lose. To be honest, this was a bit of a tall order. Joan realized this, unlike some people who don’t quite get that the SPCA, an open admission shelter, doesn’t control our intake. We get what we get when we get it. Still, each spring, a visitor will ask “Have the kittens arrived yet?” which feels like a Nordstrom employee being asked if the new swimwear is out on the racks.

I checked our adoptable dogs, almost daily, but the match just wasn’t there. The search fell to my back burner.  Three weekends ago, Debbie texted to say she and her Mom were going to visit shelters in San Mateo County and San Francisco. While I hoped they would find the perfect dog, the message also served to rattle my cage.

I needed to widen the net. I reached out to my contact at Peace of Mind Dog Rescue. “We just adopted out a fabulous Cocker,” she said. “I’ll keep an eye out!”  Darn it! Three days later, she sent another message, this one with an attached photo. “This dog is at Monterey County Animal Services if you want to check him out for your friend.” 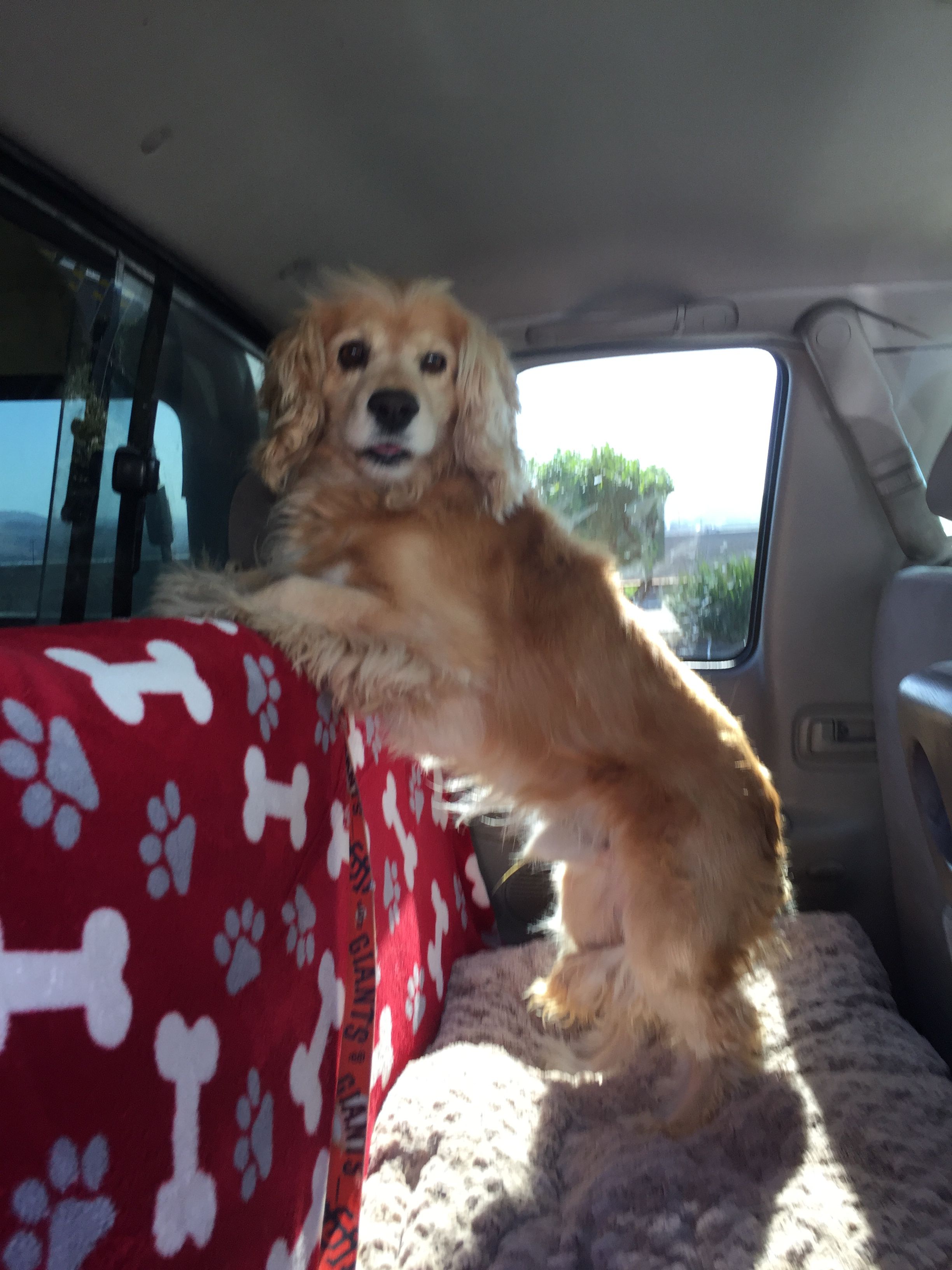 That gave me the tingly feeling -- this could be the one. I just know how much love this woman has to give to a dog. And this dog, an adult Cocker, looked the part.

I immediately contacted Monterey County Animal Services. “Archie,” as they were calling him, arrived as a stray and presented somewhat fearful at first.  Over a few days, the staff spent more time with him as they do with all dogs, and saw him begin to shake his initial Eeyore temperament.

It was on!  I sent Debbie and Joan, both SF Bay Area residents, to Monterey County Animal Services for a meet and greet and first date wrapped into one visit. “Archie” received Joan’s final rose. The golden bachelor would be going home with her after being neutered. 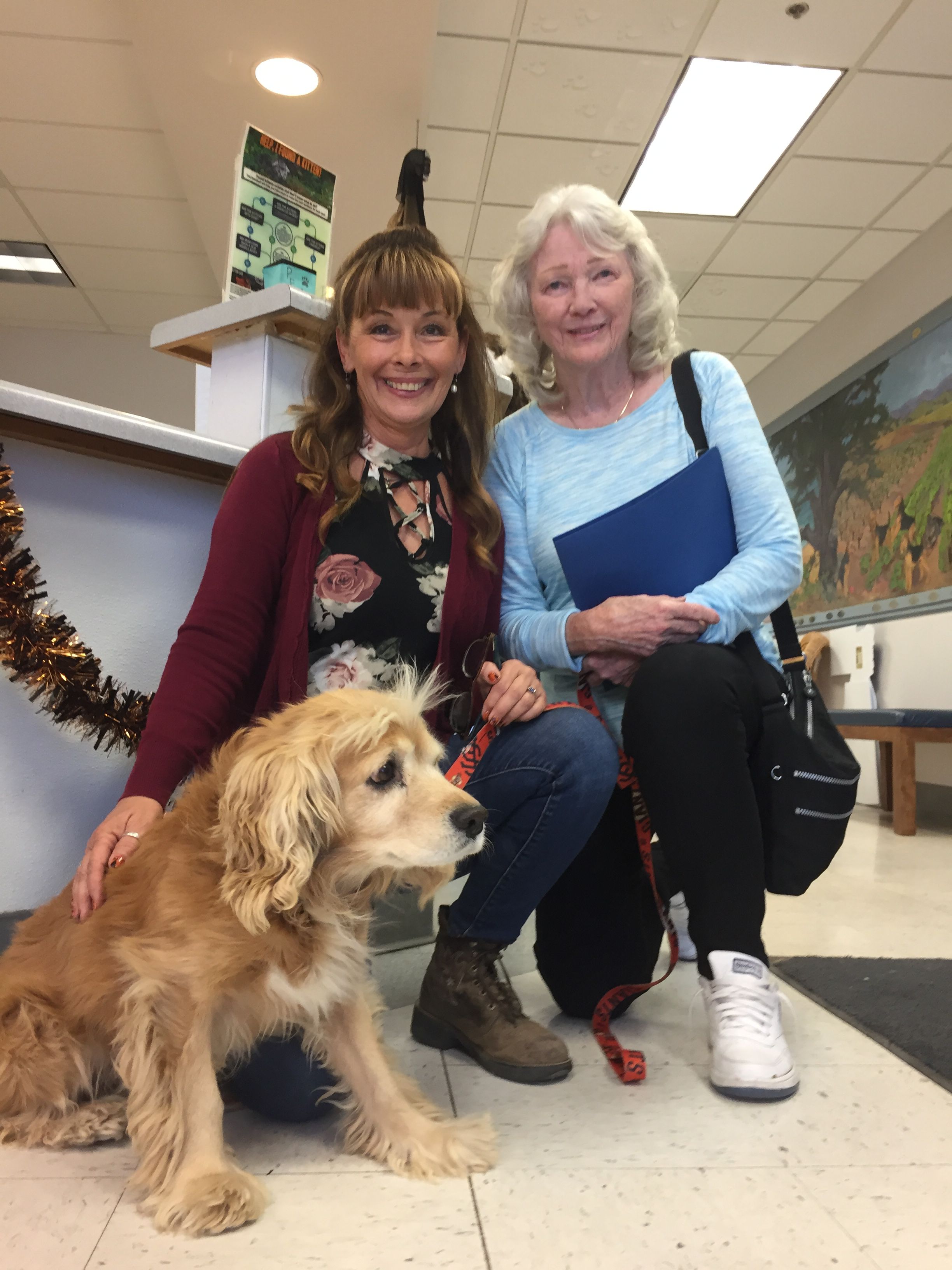 “Archie” became “Monty,” short for Monterey. Debbie texted a series of photos. Monty and Joan inside with the County shelter staff. Monty and Joan outside the building next to the sign. Finally, Monty inside the car, heading home. One adoption and many lives touched. 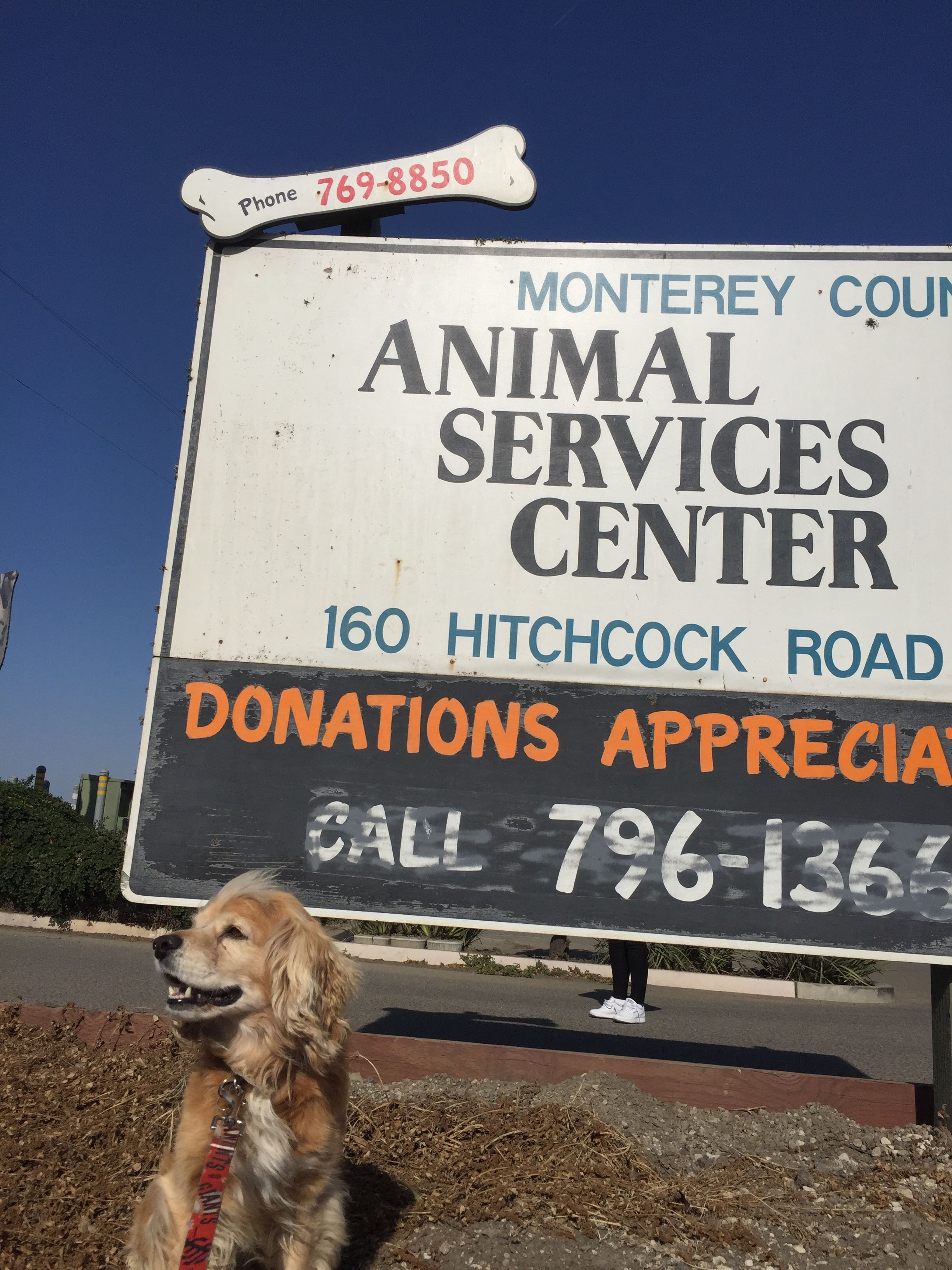 In the end, it didn’t matter matter to me and certainly not to Joan if her new companion came from the SPCA, a smaller rescue group or a municipal agency. It was nice working with other groups in our community on this. Another dog found a home, and this is one lucky dog. Once again, Joan’s life is more full as is Monty’s. Full Monty.