The ASPCA, a group based in New York City, is popping up in local shopping centers and misleading residents. Last summer, they set-up tables outside of Safeway and Starbucks. This past week, they hit the Crossroads in Carmel. You’ll see them with orange logoed T-shirts, table coverings and marketing materials.

These efforts are an attempt to gain support of local residents…to add names to mailing lists and email distributions. This massive East Coast nonprofit fully understands we live in an area that is crazy about animals and has pockets of incredible wealth.

The ASPCA spent $40 million in fundraising expenses in 2016 (likely even more this past year) and raised nearly $200,000,000. That’s no typo. I have the right number of zeroes. I’m certain some of those funds came from Monterey County residents and also certain at least some of those residents fully believed their donations to the ASPCA trickled down to the SPCA for Monterey County and benefitted animals locally. 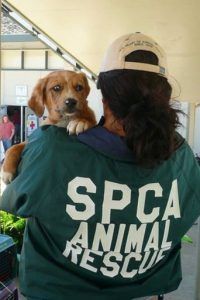 So there is no confusion, please know the SPCA for Monterey County has no affiliation with the ASPCA in New York, despite our similar-sounding names.  We have not received a dollar from this group and the funds they raise — including those raised right here — have no direct benefit to local animals.

The ASPCA uses some of the $40 million in fundraising expenses to hire marketing firms to conduct their canvassing and outreach work. The marketing companies send their people to the local shopping centers with ASPCA gear, materials and clipboards, soliciting support and siphoning it away from the SPCA for Monterey County and other local animal welfare groups.

Last week, when one of these people spoke with the store manager for Pet Food Express at the Crossroads, she clearly stated that “the SPCA for Monterey County is under the ASPCA” and “the ASPCA helps the Monterey County SPCAs.”

This did not sound at all right to the Pet Food Express store manager who is very familiar with us. She contacted her company’s Marketing Manager, who brought all of this to my attention and gave me the name and number of the person spouting false statements about the ASPCA.

More ASPCA reps were back at the Crossroads a few days later, with their clipboard people stationed between Ace Hardware and CVS.  Fortunately, an SPCA for Monterey County supporter passed by just as the ASPCA “representative” was explaining how they support local SPCAs.  “That is 100% false,” he said loudly enough for all people gathered to hear. “I know the local SPCA and know that you do not work with them and that you have not given them a penny.” 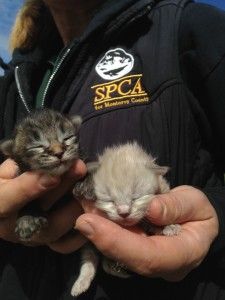 We hope our concerns about these folks deceiving local shoppers will influence future decisions on allowing them to return to the Crossroads.

Yet, the confusion continues. The message is not accurate and it hurts animals locally.

Please do not be fooled.