This week, I’m going back to a familiar topic: our Humane Investigations work. With apologies, I’m going to rant a little.

First, the background. As avid readers of this blog know, The SPCA for Monterey County investigates animal cruelty reports and complaints. We do this by choice because the animals need us and because this work aligns with our nonprofit mission. We do not receive government funding or tax dollars for this work, and it is not required by law. This vital, compassionate, and often heartbreaking work is made entirely possibly by donations. 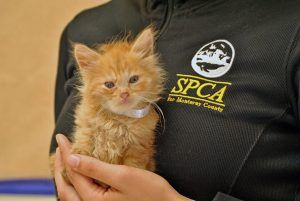 The SPCA is the only organization or agency in Monterey County which employs officers specifically trained for this work. Last year, we responded to nearly 1,000 calls. Cases that have merit — those with evidence of a crime and a person known to have committed it — are related to California Penal Code 597, the section in our penal code that covers crimes against animals. We encounter far more people who unintentionally harm animals than those who do so maliciously and intentionally. Cases involving unintentional neglect can often be resolved by our officers through education. 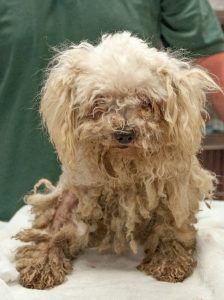 Another challenging aspect of this work involves educating the community about what we are and, equally important, what we aren’t. A common misconception is that we are the same as local law enforcement — the police and sheriffs. In one way yes; in most ways, no.

Unlike local law enforcement, we don’t have officers patrolling the community; our work is complaint driven. Most calls regarding the care of animals come to us from local residents and we must prioritize them.

Unlike local law enforcement, we don’t have officers for each of our county’s cities. We have a staff of four (three sworn officers, one community service officer) for all of Monterey County’s cities and unincorporated areas…435,000 residents and 3,700 square miles.

Animal cruelty brings out emotions.  We get that. We get emotional, too. And, human nature being what it is, we are more likely to hear from emotional people when they feel we’ve fallen short. And, it’s often indirect, on social media, with a public shaming bent. Those most strident when putting us on blast rarely understand the full situation, but that hardly stops them. Fortunately, well reasoned people can read critically and understand there is far more to the story.

These are some of the most common posts:

“I called the SPCA and they did nothing!”  We never do nothing. We may not take the action people want us to take, but we respond to every report. To some, the only acceptable action is taking animals away from the person they’ve reported. We encounter many sad situations related to the care of animals, but not all are ones where we can take action — and remove animals — given existing laws.

“The abuser got a slap on the wrist — ridiculous!”  The SPCA doesn’t set penalties for abusers. This up to the courts and the presiding judge in the case.  We collect evidence and present the case to the District Attorney’s Office for consideration. We also provide expert and witness testimony in court as well as guidance during trial, however this is where our involvement ends, unless, of course, we are caring for animals that have been seized or surrendered.

“They didn’t respond quickly enough!” This is where our staffing comes into play.  We don’t have a squadroom of officers ready to spring into action when the phone rings. As a nonprofit which elects to do this work, we have four officers who handle reports of abuse from all corners of our massive county. Calls are prioritized, naturally.  For example, calls for living animals in harm’s way are prioritized ahead of reports about deceased animals.

“If they had taken this seriously before, this never would have happened!” While it is true we occasionally have prior history with people later charged with animal cruelty misdemeanors or felonies, the prior history often involves unclear details and/or insufficient evidence to pursue a case.

“We asked for information and they wouldn’t give it.” During an investigation, it is often most appropriate to simply explain that the case is open and ongoing. We may have details, but sharing them publicly doesn’t help the case or the animals. In fact, doing so can harm a case. 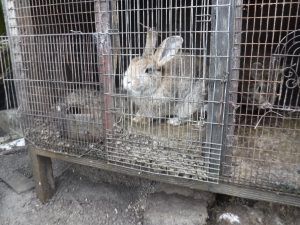 In today’s world, we can watch four versions of the CSI franchise on television and countless shows just like it. The good guys have the coolest tech gadgets, and uncover toxins with pinpoint accuracy. They have access to security camera footage in every dark corner, they piece together crimes scenes like my 8 year-old solves puzzles, and they sweat confessions out of molesters and murderers by the final commercial break. This conditions some people to think the real world works like this. In our world, we get second hand information, we get conflicting information about who owns the animals and is therefore responsible, we encounter animals with no visible signs of being harmed, especially not intentionally, and we have to work within the sometimes frustrating bounds of current laws.

Still, we celebrate our work. We’re the only organization in Monterey County which employs officers specifically trained for this work. We have donors who make the work possible. We have countless people in our community who speak up for animals. We have extraordinary, talented, well-reasoned, compassionate officers. My goodness, the person leading our team spent 26 years with the Monterey County Sheriff’s Department!  And, we have a District Attorney’s Office that cares deeply about animal cruelty cases. They just assigned the longest jail sentence I’ve ever seen — in any community — to an animal abuser from one of our cases submitted for prosecution.

I can take something positive from the blaming and shaming on social media. It shows that people care about the animals. Some communities don’t have that, and we are so lucky we do. 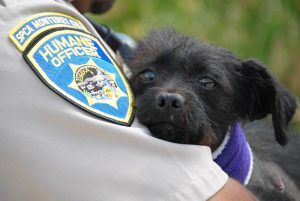