According to Wikipedia, an “animal rescue group or animal rescue organization is dedicated to pet adoption. These groups take unwanted, abandoned, abused or stray pets and attempt to find suitable homes for them….rescue groups exist for most pet types (reptile rescue, rabbit rescue, bird rescue), but most are common for dogs and cats…rescue groups often find volunteers with space in their homes for temporary placement.”

Can an animal shelter also be an animal rescue group?  What is the SPCA?

Like a rescue group, the SPCA is funded by donations and is dedicated to finding new loving homes for animals. We do this for between eight and nine of every 10 animals we receive which is especially meaningful given we never turn away animals. We accept unwanted, abandoned, abused, neglected and stray animals daily! This includes physically and behaviorally broken animals and animals that no amount of resources could possibly make well. 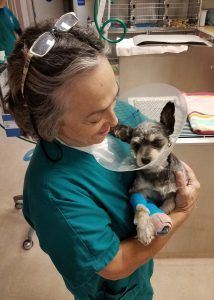 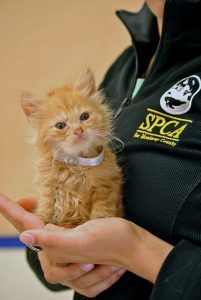 This is by no means meant to cast a negative light on rescue groups, especially our local ones. If it reads that way, I’ve completely blown it!  We have fantastic groups led by compassionate, professional, dedicated people. They are well-supported, they have dedicated volunteers and they do fantastic work. 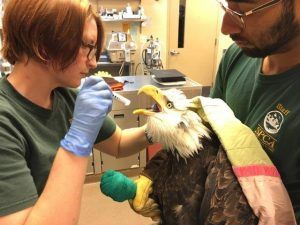 My point is that the SPCA isn’t just a shelter or an adoption agency. We educate children and have the area’s only wildlife rescue and rehabilitation center. We’ve been operating the County’s only consistent low-cost spay/neuter clinic for four decades and we have the only cruelty investigation program. We provide disaster response for animals, and offer an extensive range of training options for dog owners.

We’re also a rescue group. In fact, I’d call us this area’s largest, most active rescue group and can support that with the numbers and types of animals we accept, the extensive care we provide and our success rate. We can’t thank our supporters enough for making this vital work — and thousands of positive outcomes — possible.

Blue when rescued by the SPCA; Blue after months of care in the SPCA Barn Program.