WE RESCUED HIM JUST IN TIME!

“We rescued her minutes before she was going to be euthanized.”

I’ve heard countless variations of that statement and people I know who work at other shelters will tell you they’ve heard the same from adopters in their communities.

I heard it again today.  A friend bumped into another person walking a dog, then struck up a conversation. One dog walker told my friend how she had “rescued her dog from the clutches of death just in time” at our SPCA. She claimed the SPCA adoption counselor told her we give the dogs about a month.  She said she was given the dog’s intake date, noted that it was close to 30 days, so felt she just had to adopt to “get her out of there.”

This drives me nuts!  My only theory is that some adopters, like some people in general, like being dramatic. Why let the truth get in the way of a good story.

Here’s the real scoop. Animals at the SPCA do not run out of time.  Once made available for adoption, they remain available for as long as it takes us to rehome them.  On average, dogs and cats are rehomed in six days once they are on our adoption floor! Puppies and kittens might be adopted in six minutes, while older animals and bonded pairs can be with us six months or longer.  They average out to just six days.

MacKie is one of our current long-time residents.  This 6-year-old Japanese Chin mix (aka a Japanese Spaniel) has been awaiting her forever home since February. She’s been our Pet of the Week so many times, she’s BFFs with KSBW meteorologist Art Jarrett, and she attended Doris Day’s 96th birthday celebration last Friday with an SPCA contingent.  She’s sweet as heck, she’s mature, she’s a friend to the stars and a staff and volunteer favorite. She also has an endearing underbite. 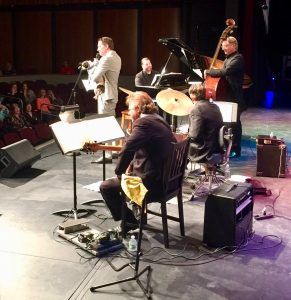 MacKie and all other animals spend time in our non public areas — an average of 21 days — before being moved to the public adoption floor. First, we need to keep them out of the public eye for their four-day, state-mandated holding period.  This allows owners time to reclaim them and doesn’t allow potential adopters to get attached to dogs that are not yet our property. Once they become our “property” after the mandated holding period, we assess their health and behaviors.  Some require minor care, while others require major medical care and/or a significant amount of time with our Behavior Department staff to get them ready for new homes. The majority need to be spayed or neutered. One reason animals average just six days on our adoption floor is because of the prior time and care they receive from our staff. We also have a super nice adoption center and engaging staff and volunteers to help potential adopters.

Not all incoming animals are adoption candidates — some arrive so badly broken physically or mentally that we cannot make them better and we cannot find a rescue group willing or able to take them. But, these animals don’t have a ticking clock. We don’t say “He’s food-aggressive, dog-aggressive and doesn’t tolerate children. We can only keep him 20 days!”  Animals are not “red-tagged” and given a time limit. Yet, this idea that they do persists. All I can guess is that some people who’ve done a wonderful thing by opening their homes and hearts to a shelter animal want to make their adoption story a little more dramatic. Problem is, that comes at a price — to us! People who hear their story think “How awful — thank God you were there to rescue him.”  Or, “How could the shelter not have seen the good in your dog.”

Please keep this in mind when someone tells you they adopted from the SPCA for Monterey County and were told the dog or cat had just “x” days left.

I can somewhat understand the phenomenon. Part of me wishes my adoption story was more interesting.  My dog was surrendered to the shelter by his former owner. The family had a financial hardship, they had a load of kids and three dogs and decided to surrender one of the dogs.  He was available for about a week before I sent my wife the “what do you think?” text.

The truth is every adoption story is a good one.  People don’t need to embellish. It’s pretty great what we’ve done to make animals adoptable (some need very little work, while others need several $ thousand worth of care) and equally great whenever someone connects with an SPCA animal and they leave together.