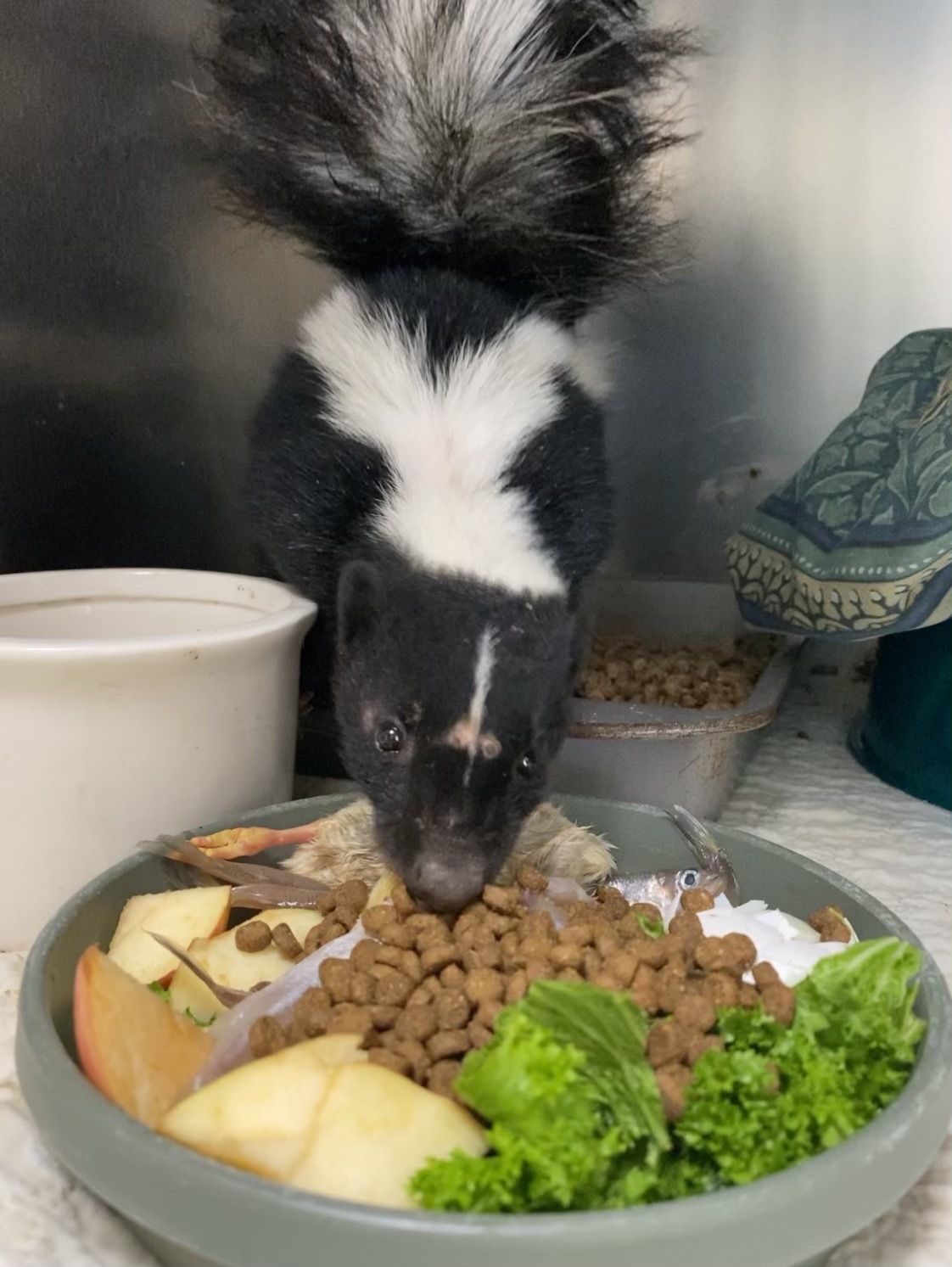 The SPCA Monterey County Wildlife Rescue and Rehabilitation Center is caring for a young skunk who was found stuck in a trap that had been thrown off the side of Laureles Grade.

The skunk was discovered on Saturday, August 21, after tourists stopped to take in the view at a turnout on Laureles Grade near Southview Lane. “We stopped for the view and noticed how much garbage was thrown down the hill,” they said. “Then we realized that something was alive down there."

SPCA Wildlife Rescuer Cory Utter responded to the scene to rescue the skunk, who was stuck in a wildlife trap on its side 25-30 feet off the side of the road.  It appeared the skunk was trapped at a different location, then driven to the pullout on Laureles Grade and thrown off the side.

“The skunk had definitely been there for more than a few days,” says Cory Utter, SPCA Wildlife Rehabilitation Technician. “She had been there so long that she had abrasions on her face from trying to free herself that had already started to heal. She would have died from dehydration soon if it wasn’t for the tourists who had stopped for a break, noticed her, and called us.”

The skunk, a juvenile approximately three to four months old, was dehydrated with very pale gums and wounds on her face from trying hopelessly to escape the trap. She was very wobbly when released from the cage, either from being tossed down the hill, weakness from hunger and dehydration, or both. She is now eating and drinking well. We are hopeful she will make a full recovery.

If you have any information about the person responsible, please call the California Department of Fish and Wildlife at (831) 649-2870 (Monterey office) or CalTip 1-888-334-CalTIP. In California, every trap must be registered with the Department of Fish and Wildlife and mammals can only be trapped if they have caused damage to property. It is illegal to relocate wildlife after trapping (California Code of Regulations, Title 14, §465.5 (g)(1)). It is also illegal to abandon a trap, as traps are required to be checked daily and animals must be immediately removed.

If you have concerns with wildlife on your property, please contact the SPCA Wildlife Center at 831-264-5427 for advice. Most wildlife conflicts can be humanely solved by removing easy sources of food, water, or habitat. Removing wildlife without solving the cause of the problem simply makes room for more wildlife to move in.

Your donations make all our work possible. If you can, please give now to help animals rescued by your local, independent SPCA.